Freesia - Miss Lebanon Rahaf Abdullah.. Against Sex Before Marriage
6 Outstanding Actresses To Look Up To 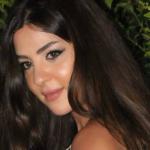 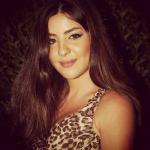 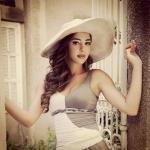 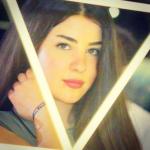 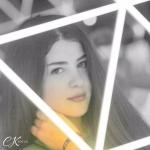 
Rahaf Abdullah, Miss Lebanon 2010, shared with us what she has never talked about spontaneously.

She told us about her parents and how they affect her personality to be always self-confident, she also told us about her latest work and her private life and she answered some questions during this interview.

The beginning of the interview, Tell us more about your childhood

I was very naughty in my childhood, everywhere, at school and home, and everyone who came to give us a visit either to become my friend or get hit (laugh). I never got scared of dogs and cats but now they scare me a lot.

What are your hobbies?

I love listening to music and playing extreme sports; any sort of strong one which helps to raise the adrenaline. I also like to keep up with news to know what’ is happening around me... I have that kind of interference.

What’s your specialty at university?

I earned a degree in business administration (B.sc) of the American university in Lebanon 3 years ago.

I know that the question is a little late, but we also know that many have a desire to know the answer … How did you get the idea of participating in the Miss Lebanon? And did you expect to win?!

My friends at school encouraged me to participate in the Miss Lebanon, but I didn’t pay it much attention at the beginning, and then after going through the auditions and had the acceptance, I got interested in the whole experience, but I didn’t have the feeling that I will win. So I was shocked when that happened.

What was the opinion of your family about this participation?

My parents were the key supporters, and I would like to thank the people of “Elkhyam” for their support and voting for me then.

Your winning of Miss Lebanon 2010 raised a lot of reactions as the first Muslim girl sits on the throne of Lebanese beauty then!!

The press stressed on this question at the time and what bothered me is that the girls in the international competition kept talking to me about this “Being the first Muslim...Being the first Muslim” I refused to answer and proved to myself that people exaggerate in their reactions... Until one of my colleagues asked me how could you be a Muslim?!! So I asked my mother to tell me the answer and she said “we have to be proud of being Lebanese without intolerance of religions to which we belong”.

To what extent do people affect you?

In the oriental society, we should respect the opinions of people surround us. And I realize that I should wear the appropriate clothing for the right place.

You have chosen a message to deliver during the coronation and it was “a mission to promote Eco-tourism in remote areas of Lebanon” why did you choose this message specifically?! And what have you achieved from them until today?

The Ministry of Tourism is the one that chooses the programs and makes the girls committed to them a year before the competition. And one of the things that I have achieved is that I was the official speaker for reducing the dangers of drugs and that was the first time to be held in the Middle East Area. And we have held a campaign for pedestrian and against traffic accidents with the “YAZA” to reduce its victims, and I am working with them today as a responsible of public relations, which indicates that it was the correct choices from the beginning.

If you were not Rahaf what would you choose to be?

I would choose to be a bird because he is enjoying the freedom and can move to anywhere he wants.

From your point of view… what are the criteria for beauty?!

Every girl should take a good care of her beauty. And for me, I recently became more aware of how to care more about my skin and to use cosmetics.

What are the advices that you can give to Freesia readers about beauty?!

Hygiene as it’s so important… And as the advertisements affect the woman that she can even buy a product without paying attention if it fits her kind of skin or not!! She is thinking that it will make her resemble the model on its cover, and that’s what could hurt her skin.

What attract you mostly in yourself?

What attracts me most is the beauty of my black hair and my lips of course, as many people keep asking me if I had a plastic surgery to them.

What do you think about plastic surgery?! As you know it has become linked very closely to Lebanon and the Lebanese girl… and what is your comment on this topic?!

I think that every girl should look at herself in the mirror and if she felt uncomfortable about herself then she can do a plastic surgery. Either, if she is doing it to resemble someone else, then, her doctor has to prevent her from doing it. As for me, I may go for that as it will already be cosmetic with aging.

What is your favorite fragrance?

Here we come to the question that many people are waiting for… what about love in Rahaf’s life?!

Well, I am single and I haven’t found my Prince Charming yet. (Think) But there are no certain specifications.

What is the dream that you endeavor to achieve? And what are your future projects?

(Silent)… well, I am a greedy person; I want so much. My parents are the key for everything. When I got the acceptance of the beauty pageant, my mum said this is the least I expect to you.

Currently, we see you leading a campaign that called “One Lebanon” for reunion and detaching political, religion and social discrimination. Do you think that there’s a way to desegregate the discrimination and sectarianism in Lebanon and say “one homeland, one nation, united internally and externally”?!

The effects of the campaign “one Lebanon” have reached to all parts of Arab world, and it’s a gathering of a civilian to be involved in the community to make young people interact together every year on the first of February at the Forum de Beirut, and that will remove any negative thought about Lebanese like: “Lebanese goes only for his self-interest” or “Lebanese has no ethics in driving”.

Where are you from acting? And is this possible for you to be done or not!?

Each field has its certain conditions, I won’t say that I don’t want to act; it’s possible that I may get offers later on for “roles like me”. I don’t know how to imitate a character rather than myself!

Are you with or against?!

it’s a personal freedom, I am not with and I am not against, but it’s against nature.

I am with it, if it’s the only solution.

Certainly, I am against that.

I am with it, because Even if it was with a man of different religion, as God does not allow us to move away from the partner only because he was born of another religion.

Eventually, I and the magazine team are wishing you more success and glamour. 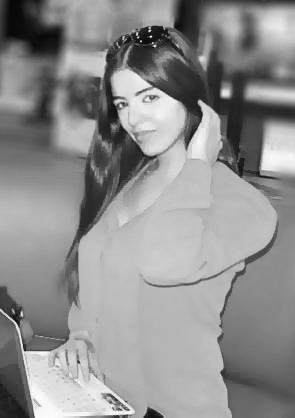