Freesia - Angelina Jolie.. An Inspiration
6 Outstanding Actresses To Look Up To 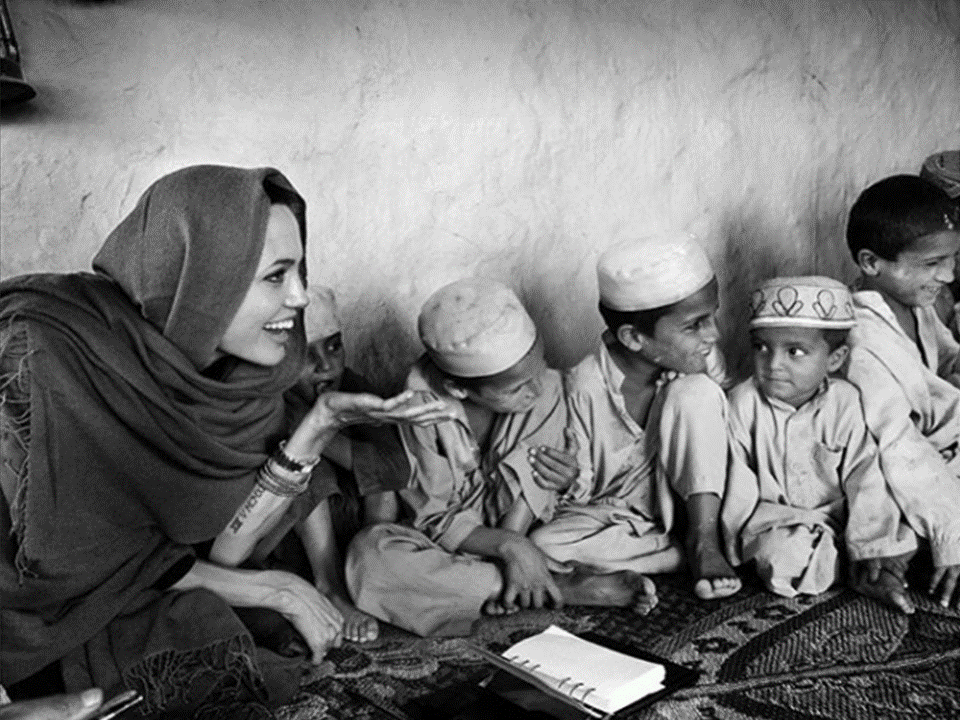 
" I don't think the money people in Hollywood have ever thought I was normal, but I am dedicated to my work and that's what counts." - Angelina Jolie

We all know Jolie as a beautiful, talented director and actress. But over the years, Jolie has proven that she focuses on both her career and on those who are out there suffering. Whether she is helping others fight their battles or fighting her own, the Oscar-winner has always sought to raise awareness about all kinds of problems the world faces, earning the recognition she got as a humanitarian.

Angelina Jolie began engaging in the humanitarian work while she was shooting a movie in Cambodia in 2001 as she saw the suffering of those affected by war. Since then, the actress never slowed down when it came to charity work. She started visiting and helping out refugees across the world in countries like Cambodia and Syria. Not only that, but she was also one of the first to visit countries that witnessed natural catastrophes. She even adopted three children from those in need. Jolie also founded the Jolie-Pitt Foundation that aims to do a variety of charity work. Her charity work also involves raising awareness about the importance of children’s education, women’s rights, and human rights.

Even when she was battling cancer, Jolie still took the opportunity to spread awareness about the disease. In 2013, Jolie learned that she carries a genetic mutation that could lead to breast cancer. Although jolie made these difficult decisions of removing her breasts and ovaries to protect herself from the possibility of getting cancer, she was also very keen on raising women’s awareness about these diseases and to know their options if they ever face them, releasing several statements about the issue. Surveys indicate that many people started approaching these diseases more seriously after her statements.

Jolie’s charity work has received great, well-deserved recognition. She became a Goodwill Ambassador for the United Nations High Commissioner for Refugees (UNHCR) in 2001. In 2012, the UNHCR declared her as a Special Envoy. Jolie does not take pride in these titles but rather uses them as a way to increase her charity work. Whatever she does, she is always inspiring us to be better people.